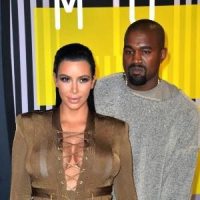 Prepare yourself: this is another article featuring the Kardashians (and Kanye West).

In their defense, there are many reasons why their love story is significant in the current times, reasons which Kanye has laid out himself. First of all, they are a modern-day “Romeo and Juliet kind of thing, a love story for the ages.” That is nice, except when we consider the words of Prince Verona himself: “For never was a story of more woe than this of Juliet and her Romeo.”

Nevertheless, even if you’re not into love stories, Kanye reminds us of why their relationship is significant in other ways: they’ve got an “interracial thing going on; you have mega-media and mega-art crash; you have, you know, the Vogue-and-reality show combination.”

Kanye has not been coy about his obsession with Kim Kardashian, who he fell in love with when he first saw her – in fact, he was “in love with her before I ever got to talk to her.” Love looks not with the eyes, but with the mind; and therefore is winged Cupid painted blind.

It apparently took Kanye nine years to go from “friend to fiancée” before he finally landed his dream girl. He has made many statements professing his love for Kim Kardashian, who he sees as a “fantasy, period. She’s like a dream girl. And I think a dream girl should live in a dream world” (how nice).

He is proud of her too, especially considering the fact that “Michelle Obama cannot Instagram a pic like what my girl instagrammed the other day.”

Despite these public declarations of love, Kanye certainly wants to change a lot of things about Kim Kardashian, too, which have been well-documented on her reality show, Keeping up with the Kardashians. Take a look. Is Kanye at fault for thinking that his girl is a natural beauty and doesn’t need to alter her looks with hair extensions? Or is that really the reason why he isn’t a fan of Kim’s famous hair extensions? We can’t be sure, but Kim’s hair is just one of many things Kanye has reportedly commented on regarding his wife’s appearance.

Apparently, he simply doesn’t like her hair extensions and thinks she looks better without them. Other reports, however, suggest that he thinks shorter hair makes her look “edgier.” Kanye was also apparently behind the decision when Kim went platinum blonde. Whatever the reason, Kanye is just not feeling Kim’s hair.